The Versailles system of international relations in historiography is usually called the order of the global world order that took shape after the First World War. This system turned out to be unstable and began to malfunction soon after its creation. And finally it collapsed with the outbreak of World War II. What predetermined the collapse of the Versailles system and why did humanity, having barely survived one world war, immediately, during the lifetime of one generation, plunged into the second? Let's consider in more detail.

End of the First World War

In November 1918, Germany was defeated, the last of the Entente's opponents to sign a surrender. Then, over the course of two years (1919-1920), the winners concluded a number of peace treaties, which laid the foundation for the Versailles system of peace:

These treaties radically redrawn the territory of the countries that lost the war. Three empires - German, Austro-Hungarian and Ottoman - ceased to exist. Due to two revolutions (February and October) and the ensuing civil war, the Russian Empire did not take part in the formation of the Versailles system and, after reformatting the state structure, lost some territories (primarily Poland, Bessarabia and Finland), but remained as an independent state under a new name - THE USSR.

Conditions of the Versailles system

The states defeated in the First World War were subjected to some discrimination. Germany, for example, lost all of its African possessions and land access to East Prussia, was severely limited in military construction and was suppressed economically through reparations - cash payments to the winners. Although our country was not among the defeated, attempts at economic pressure were also made against Soviet Russia (demands for compensation for nationalized enterprises belonging to foreign owners, and recognition of the debts of tsarist Russia). However, in 1922, at the Genoa Conference, the People's Commissar for Foreign Affairs GV Chicherin responded to these claims by demanding compensation for the damage caused to Russia by the intervention, which significantly exceeded the size of Western claims.

The defeated turned out to be objects in relation to which the winners (primarily England, France and the USA) carried out political and economic diktat. It is clear that this situation could not please the losers. As a result, already in 1922, Germany and Soviet Russia signed the Rappal Treaty. According to him, both countries established diplomatic relations in full and announced the development of bilateral trade and economic ties. Germany refused to pay for enterprises nationalized in Russia.

The collapse of the system

The dissatisfaction of the widest masses of the population of Germany with the Versailles system was the reason for the rise of Hitler and his supporters. Having come to power in 1933 in a democratic way - in the elections, the Nazis immediately set out to break the system. Although without this, its collapse would have taken place, perhaps, maybe a little later. Versailles ignored the existence of centers of power other than the victors in the war, and declared diktat instead of cooperation.

But in the world there were states that were not satisfied with the existing status quo, striving to establish a new order. And these are, first of all, Germany and Japan, which had sufficient industrial, intellectual and organizational potential to attempt to liquidate the system. Of no small importance was the attitude of the leadership of England, France and the United States to the Soviet Union. In an effort to create a counterbalance to it on a continental scale, these countries turned a blind eye to the fact that Germany did not comply with the terms of the treaty and began to increase the size and armament of its army, and later embarked on the path of open aggression, annexing Austria and seizing part of the territory of Czechoslovakia (Sudetenland). The end in the existence of the Versailles system was put by the German attack on Poland on September 1, 1939, which served as the beginning of the Second World War.

What would happen if...

And although it is believed that "history does not tolerate the subjunctive mood", let's try to reflect on the topic: what would happen if the conditions of the Versailles system were softer to defeated? With a high degree of probability, it can be assumed that Hitler would never have come to power in this case - the Germans simply would not have enough protest moods for the triumph of National Socialism. The influence of left-wing parties in Germany in the early 1930s was very great. And who knows, if a coalition of communists and social democrats had taken place, maybe the Soviet Union would have received a powerful and loyal ally, and not a bitter enemy. 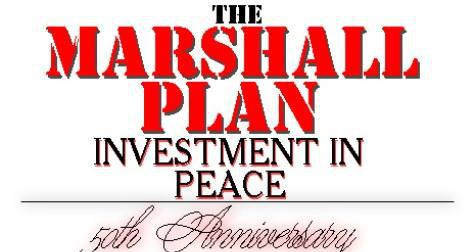 In this case, the breakdown of the Versailles system would still have happened, it was too obvious its oppressive effect on a number of strong and active states. After the end of World War II, the leaders of the United States (who then became one of the two hegemons of world politics) took into account the mistakes of their predecessors. As a result, instead of humiliation and robbery, Germany (like many other countries) received the Marshall Plan and firmly entered the orbit of the Anglo-Saxon political system represented by the United States.

How to start an automatic car in frost?.

How to start driving a car?

How to open the car if the keys are left inside?

How to warm up the car in winter?

What does running give?

The difference between velor and velvet.

Difference between sugar and sucrose

The difference between psyche and consciousness.

How not to go to school?

How to paint plastic correctly?

Difference between tooth decay and pulpitis