Most developed countries have strict environmental requirements for vehicles. Based on the degree of compliance with those, cars can belong to one or another class. What is the specificity of this type of standards in force in Russia? How to determine the ecological class of a car imported into the Russian Federation or produced in our country?

We can consider these issues:

Let's start with the first point.

What environmental standards for vehicles are in force in the Russian Federation and what is the “environmental class”?

The main source of law regulating environmental requirements for vehicles in Russia is the Technical Regulations of the Customs Union TR CU 018/2011, approved by the Decision of the CU Commission in December 2011. Before this document came into force, the relevant environmental standards were established in Russia by the provisions of the Government Decree No. 609, adopted in October 2005.

The concept of "ecological class" is fixed both in Resolution No. 609, which has lost its force, and in the Technical Regulations of the CU. In the first source of law, the relevant term was understood as a classification code that characterizes a car and its engine in correlation with emissions. The technical regulations of the vehicle say that the ecological class should also correlate with the requirements for on-board vehicle diagnostics systems.

The CU Technical Regulations refer to:

The Technical Regulations of the Customs Union now include 6 environmental classes - from 0 to 5. They practically correspond to the Euro 0 - Euro 5 standards approved by the UNECE. The relevant institution has also developed the Euro 6 environmental class, which is expected to be reflected in Russian sources of law soon.

The assignment of cars to one or another ecological class is predetermined mainly by the level of content in their exhaust gases:

The smaller it is, the more environmentally friendly the car is and the higher it is on the “class” ladder.

In most cases, the corresponding emission level correlates with the year of manufacture of the vehicle. Machine manufacturers are thus trying to adapt their factory lines to current legal requirements.

In European countries, the standards predetermined by the content of the Geneva Agreements have actually been introduced since 1988. In the Russian Federation, these were enshrined in legislation only in 2005 - with the adoption of Resolution No. 609. Accordingly, Russian automakers began to stably adapt the production of cars to international requirements relatively recently. Therefore, in the general case, verification of the compliance with them of cars of Russian brands manufactured before 2005 is not carried out.

However, the new machines produced in the Russian Federation after the implementation of UNECE standards can be easily attributed to one or another environmental class. Likewise, older European cars. But how to determine the environmental class of a car?

Ways to determine the environmental class of a car

There are three such methods, which are the most accessible:

Let us study their specifics in more detail.

The first way to find out the environmental class of a car is to look at its TCP. In the corresponding document of the new sample, the necessary information is recorded in line 13, and the words - "first", "second," third ", etc. 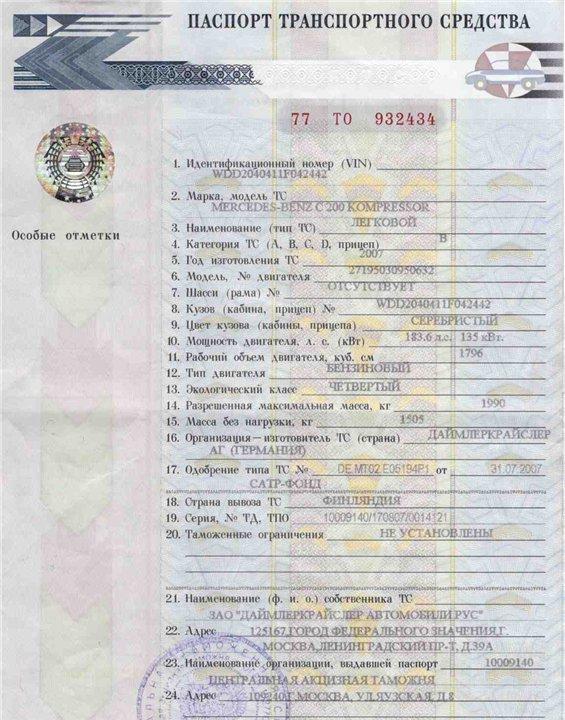 In some cases, for example if the TCP does not contain a corresponding line, the ecological class of the vehicle can be indicated in the "Special Notes" section, which is located in the upper left part of the TCP. 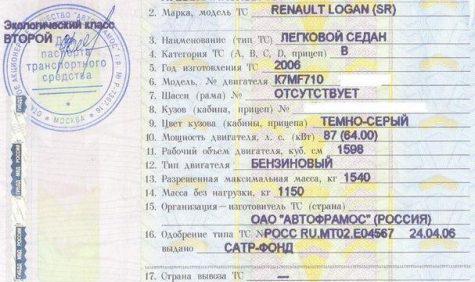 If the marked document does not contain information about the ecological class, you can try to “calculate” it based on the data presented in the Rosstandart table.

Environmental class in the Rosstandart table

The main government agency responsible for certification of vehicles in the field of compliance with environmental standards of the Russian Federation issued a plate with which the owner of the car can approximately determine its belonging to one or another environmental class. This document can be downloaded here.

The main criteria for assigning cars to the environmental classes used by Rosstandart are the year of manufacture and the country of origin. At the same time, the department also includes states located outside Europe in the list of countries that produce cars - the USA, Canada, Japan, Korea, Malaysia, China. Accordingly, we can say that Rosstandart, while developing the relevant criteria, considered not only the requirements of the UNECE, but also the standards adopted in these states.

Note that the Russian Federation is not included in the list of countries that are included in the Rosstandart table. We outlined the reason above - in Russia, the UNECE criteria were legislatively enshrined relatively recently, and therefore it is not entirely correct to compare Russian cars produced, for example, in the 90s or early 2000s, with European ones in terms of compliance with environmental requirements....

If, based on the results of comparing the data on the car with the criteria contained in the Rosstandart plate, there are doubts, then you can try to find out the environmental class of the car by VIN. 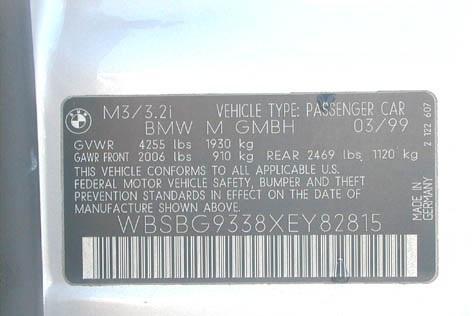 The corresponding identifier, as a rule, is located on special nameplates, or in a stamped form in the engine area, under the hood, sometimes inside the cabin on the panel under the windshield, or directly on German

Find out the emission class using the VIN

How to determine the emission class of a car using the VIN? The Rosstandart website will again help us to solve this problem. This time, you need to use the agency's online service, with which you can make queries to the database of approvals issued by Rosstandart. It is located here - http://www.gost.ru/wps/portal/pages. OTTS. You need to wait for this page to load, and then click on the "Search" link. After that, an online form will open, in which you will need to enter the VIN.

However, only under one condition - if the specified VIN is available in the Rosstandart database. There is a possibility that the data on the required car will not be available from the department. In this case, the owner of the car will have to use alternative options. For example - personally contact Rosstandart by phone indicated on the agency's website, or via the online form http://www.gost.ru/wps/portal/pages/questions/putquestion.

How to determine the environmental class of a truck? Regulatory acts that establish requirements for the level of emissions in the Russian Federation (respectively, in Europe) apply to vehicles of any type. Unless, in some cases, individual provisions of laws may differ in terms of entry into force - for cars and trucks. But the environmental classes established by the legislation of the Russian Federation and European legal acts are the same for cars and trucks. Therefore, the methods of obtaining information on the compliance of the second requirements of environmental laws will be the same as we discussed above.

How to determine the size of the clothes?

How to choose rims for a car.

How to polish a car windshield?

How do I charge the car battery at home?

How to define a love spell?

How do I charge the car battery?

How to decorate a class for the New Year with your own hands?

How to determine the conjugation of a verb?.

Difference between acne and pimples

How to compress a photo in Photoshop?

Difference between adverb and adjective.

How to cook jelly?

Difference between leather and eco leather.

The difference between a wardrobe and a wardrobe.

What is a cosmic body?.