The time of a faceless high school is gradually disappearing. Many educational institutions are trying to stand out from the crowd, paying special attention to the individual development of each child in accordance with his personality characteristics. Increasingly, yesterday's schools are changing their names either to a gymnasium or to a lyceum, although they do not always realize how they differ from each other.

Not everyone can determine what this difference really is. Many are absolutely sure that the gymnasium is distinguished by a humanitarian orientation, and the lyceum has a technical profile. In fact, this is a simple delusion. Both the gymnasium and the lyceum can focus both on the study of mathematical subjects and languages.

Gymnasium has its roots in ancient Greece, where the first educational institutions, named in this way, appeared. In fact, a gymnasium in the 5th century AD gymnasiums were the prototypes of modern schools and were located in almost every Greek city, and sometimes in several pieces.

The history of the Lyceum is not distinguished by such deep roots, but on the territory of the Russian Federation at one time it was almost the most prestigious educational institution. The minimum period of study in such lyceums was six years, during which students were taught all the same subjects as children in regular schools. Eleven years of study at the Lyceum opened up opportunities for career development for officials.

The Lyceum is an educational institution where people come consciously, because the main task of the Lyceum is to prepare students for admission to a university, and not some abstract, but quite specific one. The one with whom the lyceum has an agreement. 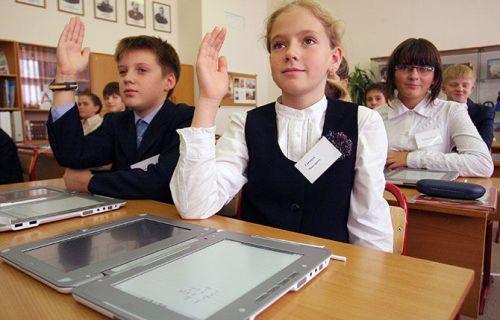 Gymnasium, in general, is an ordinary school with a deeper approach to the study of basic subjects. The main task of the gymnasium is the comprehensive development of the personality, assistance in finding an individual path, determination with the choice of a future specialty.

This indicator causes the most misconceptions, but there is still a difference in directionality. The focus of the educational process of the lyceum is determined by the profile of the university with which this lyceum cooperates. It can be both humanitarian and mathematical.

Advanced education in the gymnasium is carried out in numerous areas. Such education can be called more pre-profile, rather than highlighting any one subject on which emphasis is placed. From the point of view of obtaining all-round development, the gymnasium is an extremely successful option, however, it should be understood that this will entail additional workload for the child.

Upon graduation from the gymnasium, graduates receive a diploma of secondary education, no different from the diploma of an ordinary student.

Lyceum is often equated with university education. Students who graduated from the Lyceum in their time, the first two courses are really bored in the classroom, so many universities decided to accept former lyceum students who decided to continue their education in the profile of the secondary education they received, immediately to the second year. At the same time, they are in no way inferior to ordinary students, and even better prepared.

The difference between school and gymnasium.

The difference between lyceum and school.

The difference between lyceum and college.

Difference between department and faculty.

Difference between deduction and induction.

Difference between MP3 and WAV

Difference between poplin and calico.

Difference Between Concealer and Concealer

Difference between permanent makeup and tattooing

The difference between lakes and seas.